Fastest industrial growth, expanding technological needs, and increasing prevalence of severe disease gave rise to the setup of the global healthcare sector. However, due to the shortage of healthcare facilities and low professional assistance rates, the sector suffered a lot. It emphasizes the need to have a proper and well-established channel of healthcare facilities that can help the people getting cured and treated at the earliest and to maintain a healthy environment. The healthcare department is based on multiple branches that include veterinary healthcare, pharmaceutical drugs, and the medical equipment industry. Many different sectors are all intertwined to form a massive healthcare sector. Furthermore, the prosperity of this sector is based on how governments plan to expand the department and what measures they take to enhance the effectiveness and prosperity of this sector.

Healthcare Facilities Around The World 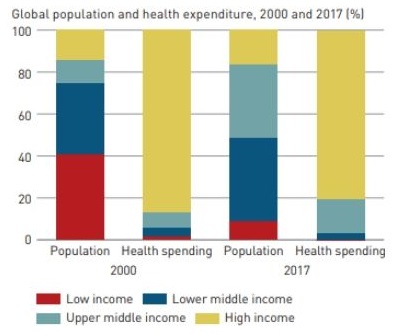 Rise in Government Expenditure in Healthcare 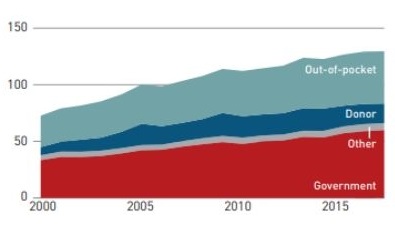 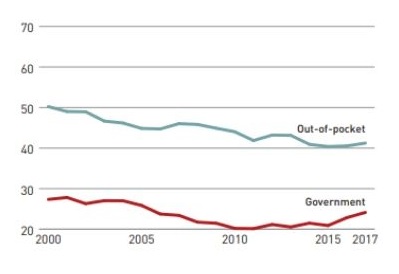 However, as shown in the graph that with the increase of government contribution to healthcare the out-of-the-pocket spending too increased, although the rate got slower, between the year 2000 to 2017.

Out Of The Pocket Spending In High Income Countries 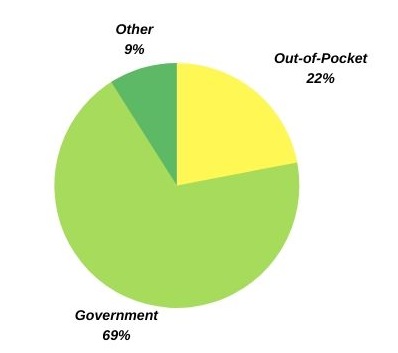 The high-income regions like Netherlands, Germany and Sweden shows least resilient on the out-of-the-pocket spending. These regions mostly rely on the government funded healthcare facilities. Between the year 2000 to 2017, the per capital spending of out-of-the-pocket increased to only US$ 427 to US$ 565. A brief depiction of the out-of-the-pocket trends is depicted in thegraphbelow with respect to the different classes of income.

Canada has always been recommended as one of the best countries to provide the finest healthcare facilities. Having a publicly funded health care system, their expenses vary from province to province. As part of the government of each territory the facilities to vary. However, as per the Canadian Institute for Health Information commonly referred to as (CIHI), the total health care cost was based on 7% of GPD. In the year 2010, the estimated rate increased to 11.7% with the rise in GPD. Furthermore, in the year 2019, the healthcare expenditure raised to $264 billion, or $ 7,068 per person. Not only this, the contribution to the hospital which is at present is (26.6%), physician services (15.1%) and drugs (15.3%) are all expected to increase contributing the largest share in the healthcare sector by the year 2020.

A Comparison of Canadian healthcare Facilities With That of Other Countries: 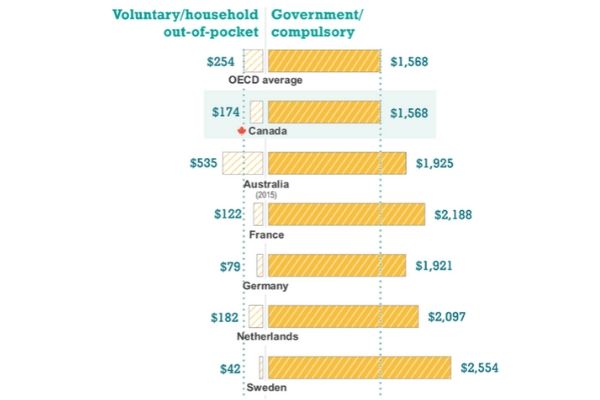 Healthcare In The UAE

UAE has a massive, government-funded healthcare sector along with an ever-expanding private sector as well. These two sectors together deliver exceptional services to the citizens. The sector is regulated at both the federal and Emirate levels. The strict laws and rules make sure to provide ample facilities to public healthcare sector. The three prominent authorities include:     The excellence of UAE is evident from the records that the most infectious diseases like poliomyelitis, malaria and measles have now been completely eradicated from the region. The successful healthcare sector has increased the life expectancy to 76.8 years. Moreover, as per the analysis based on how much UAE spends on healthcare sector, it shows that the government is reforming its path to bring modernization in the healthcare sector with the introduction of robotics to take the charge. Spending Dh 4,408 per person, the UAE government do take many necessary steps to spread awareness among people and to maintain a healthy environment. Dr Mohamad Chabuk stated about the development of healthcare sector that, “the increase in cost comes naturally with the increase in demand resulting from the change in lifestyle to a higher level and class.”

Since 2007, the allotted healthcare budget by the UAE government has approximately doubled from being USD 6.5 billion in 2007 to g USD 12 billion in 2012.

Spending With Respect To GDP 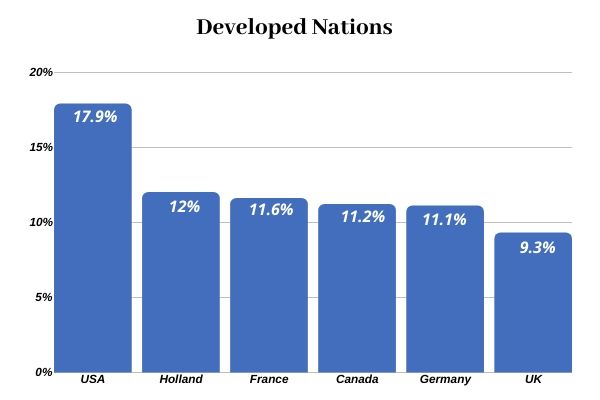 The healthcare budget with respect to GPD has also been increased to 3.1% in 2012 from 2.5% in 2007.In GCC, the GPD percentage of UAE, which is 3.3%, shows the highest healthcare spending. If you compare it with the percentage of the development countries its much bigger as the UK shows 9.3% and 12.0% in the Holland. 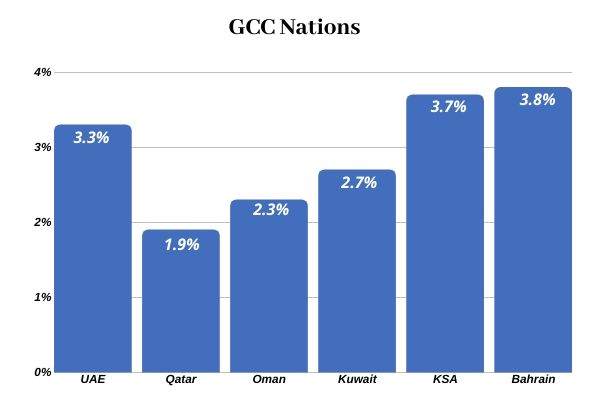 Healthcare in The USA

Evidently the USA is infamous when it comes to improved healthcare facilities. It, being a developed country that could have done a lot but instead the chaos at the government level and lack of significance given to the sector has created much imbalance. On a massive level, Americans rely on private insurance plans that cost them a lot. As per the reports, in the USA the private healthcare expenditure reaches to 3x times higher than the average. Whereas the national expenditure is around $6 trillion. The private healthcare insurance has now reached to $335 billion. Moreover, if you compare the US healthcare stats with those of other countries you will find out that it’s 28% higher than that of other OECD countries. These countries have 50% lower expenses than the USA. Not only this the USA is 5% higher in the total GPD rate as compared to al the OECD countries. And when it comes to the private sector it shows 3 times more increment than those operating in other counties.

The US healthcare expenditure report indicates the following statistics:     However, the percentage of spending in US hospitals, nursing care and medication are stated below:

How Much Should A Person Invest In Healthcare Facilities?

It’s important for a person to prioritize his life and that of his family. You need to act accordingly as the rise in severe disease is increasing. Consider the situation on hand, the rapid outbreak of Coronavirus and the way people are responding to it show it evidently how much carefree people have become. Only a handful of them are truly concerned are taking necessary precautions while the rest of them are busy catching up their routine. So, according to the Bureau of Labor Statistics the out of pocket cost of an average should be around 8% of his annual income. He should spend at least that much of his earnings.

Things To Expect In An International Health Insurance Cover

The international healthcare insurance plan is recommended for those who are living abroad for a certain duration. It is a mandatory policy to have as per most of the governments around the world. There are a few things that should be included in your health cover plan, learn about the aspects below: The Cost of health Insurance Cost     Facilities Provided In The Health Cover     Secondary Facilities

The Cost Of An Individual Health Insurance Per Month 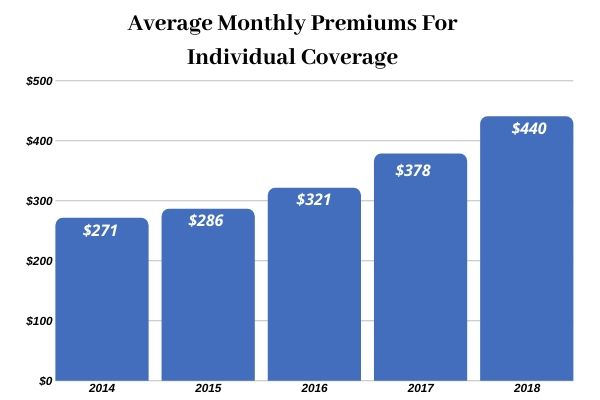 Individual healthcare facility is the service that you have to purchase on your own. However, there is yet another type of insurance, whichis referred as employer insurance in which you pay a certain amount to the company to stay enrolled and this type falls under premium services. The average cost an individual has to make per month could be around $440 based on the type of insurance plan he opt for. 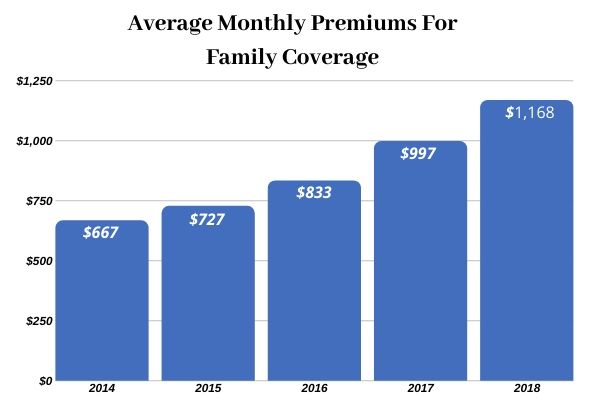 Getting a family cover is vital to make sure that your loved ones stay safe and secured. An insurance plan for the family cover accounts for $1,168 per month in the year 2018, whichsurely must have increased a bit now as well.However, the rates may vary depending upon the members included in your family. Every facility provided in the cover gets altered depending upon the number of family member.

The survey carried out by the Pacific prime observed seven major insurers offering basic health care facilities that include:     Moreover, both the individual and family cover prices were taken into consideration to calculate the average price of the healthcare expenditure. By pondering on the report, you will find that the country with the highest average cost is the United States charging USD 23,120 whereas Canada shows the lowest charges of $10,361.
Share 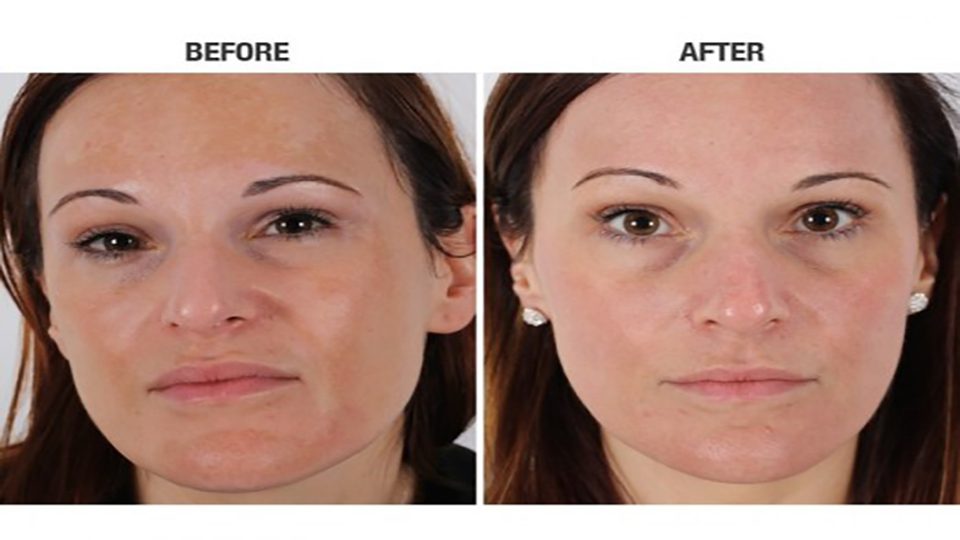 What To Expect After Q Switched Laser? 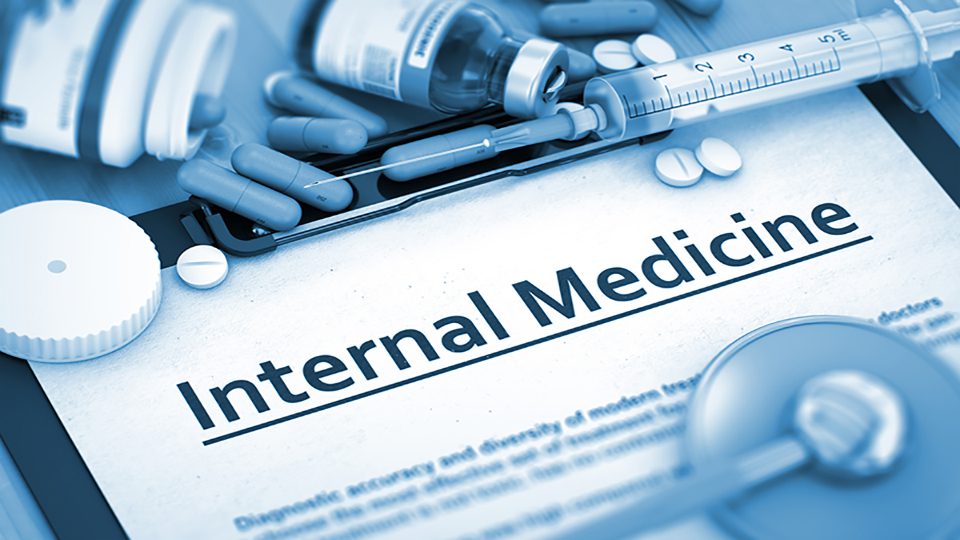 What Is The Difference Between General Medicine And Internal Medicine? 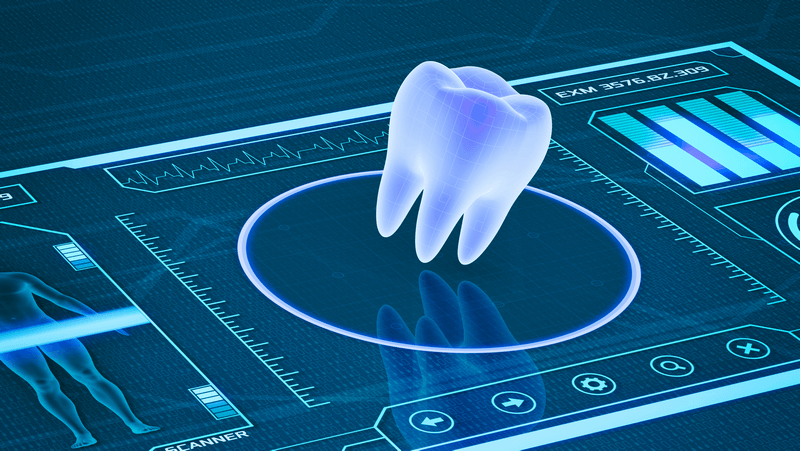 How Modern Technology Is Transforming Dentistry